There are many ways to treat anterior cruciate ligament injuries, including non-surgical approaches, repair, and reconstruction surgery. Reconstruction can be done using allografts, autografts, or synthetic ligaments. Reconstructive surgery is most often recommended when it comes to ACL tears, since this is the most effective way to heal the torn ligament.

The use of synthetic material in ACL reconstructive surgery became widely practiced when it was discovered that they were useful in treating ligaments that suffered a high risk for stretching and rupturing. While most grafts take time to stabilize the knee (new material takes time to adhere to the body), synthetic ligaments provide immediate, strong stabilizing support for the knee. In addition, a synthetic replacement has the advantage of having an incision free donor site. The surgical process also tends to be more simple and straightforward. 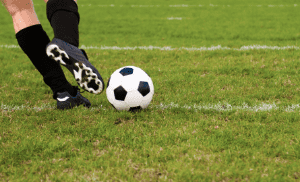 The anterior cruciate ligament is the main link between the femur and the tibia, so the properties of the ligament are crucial to their function. Due to the network of collagen present in the ACL, it has a considerable amount of strength leading to less chance of deformation. When prosthetic ligaments are developed, tension, elasticity, and load level must be considered in their construction. Prostheses can be made with appropriate properties that equal or exceed those found in normal humans. Prosthetic ligaments have not proven their reliability in the long term, however. The method of surgical fixation is also a factor to consider as it’s limiting in the way the ligament can be attached.

Permanent Prostheses
A permanent synthetic prosthesis that does not host any sort of tissue growth is prone to mechanical failure in the joint. Gradual stretching under load and fatigue failure are particular problems associated with synthetic ligaments. The prosthesis have a high chance of fray or rupture. These prostheses are made from a variety of materials, but in the long term, none have been proven as effective as grafts that host tissue growth and encourage tissue healing.

ACL Reconstruction Choice
With all of the choices available to orthopedic surgeons, how the ACL reconstructive surgery is done is determined on a case by case basis. Synthetic prosthetics have some advantages over tendon grafts for patients with certain conditions. Tendon grafts have, however, shown a proven track record with better long term success for the knee. The type of treatment chosen for a patient’s reconstructive surgery is based on the specific injury or re-injury as well as the patient’s recovery goals and activity level.

Next, read about autografts.