The ACL (anterior cruciate ligament) is a part of the knee that is commonly injured, especially in athletes. Bones are connected to other bones by ligaments, and the cruciate ligaments form a cross within the knee, one in the front, the other in the back of the knee (please click here to learn more about the knee). As medicine advances and doctors learn more and more about the function of ligaments in the knee, ACL reconstruction methods, treatments, and recovery continue to advance. What once was a career-ending injury is now a treatable, repairable condition.

Athletes in the 1970’s and 1980’s used to continue playing when they tore an ACL or injured their meniscus (the shock absorber in the knee). Often, these untreated tears led to severe arthritis and crippling pain. As physicians learned the functions of the various parts of the knee and how they all affect one another, doctors began to change the way they treat ACL injuries. Once the function of each ligament was clearly defined, the treatment of ACL injuries drastically changed from simple repair and “patching” to complete recovery and restoration of the knee. 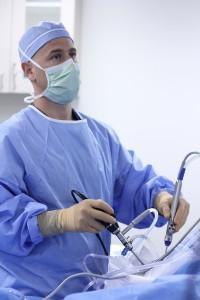 Methods of surgery to repair the ACL in the early days involved repairing the ligament or using a synthetic material to replace the ligament. High failure rates led doctors to try new types of treatments. This led to today’s most widely used treatment, which involves a tendon graft. There are many types of tendon grafts that can be used in ACL reconstruction surgery.

Tendon Grafts
A tendon graft is a piece of tendon taken from a donor or donor site in the body that is used to reconstruct a damaged tendon. This method is much more effective for long-term results in restoring the damaged tendon, such as a torn ACL, rather than temporarily repairing the tendon. Tendon grafts are one of the most common forms of ACL reconstruction.

Patellar tendon autograft
Often recommended for patients who have a lifestyle that’s high in physical demand, the middle third of the patellar tendon is removed from the patient, along with a bone plug from the shin. Autografts have a better success rate when taken from the Patellar tendon. Knee laxity tests have also shown better results when this type of graft is used. This type of autograft can, however, cause some pain behind the kneecap as well as pain with kneeling and stiffness in the knee.

Hamstring tendon autograft
The hamstring tendon autograft for ACL reconstruction is created by the tendon on the inner side of the knee, creating a two or four strand tendon graft. With fewer risks in the graft harvesting process, the benefits of this type of graft include less stiffness, a faster recovery time, and a smaller incision. There are, however, some post-operative risks for this procedure.

Quadriceps tendon autograft
The quadriceps tendon autograft is often used for patients who have previously had an unsuccessful ACL reconstruction surgery. The middle third of the patient’s quadriceps tendon and a bone plug from the upper end of the knee cap are used in this type of graft. This gives a larger graft for those patients who are taller and heavier. Because there is a bone plug on one side only, the attachment of the graft is not as sturdy as the patellar tendon graft. There is a chance of knee pain and a risk of fracture to the patella in this procedure. The incision is also sizable.

Allografts
Allografts are grafts taken from cadavers and are currently more widely-used. These grafts are used for patients who have had unsuccessful ACL reconstruction previously. They can also be used to repair or reconstruct more than one knee ligament. The advantages of using allograft tissue include less pain, decreased surgery time, and a smaller incision. Allografts do carry some risks with them. There is a risk of infection and increased stretching of the ligament once it’s in place.

Arthroscopy
Arthroscopy is a minimally-invasive procedure in which an orthopedic surgeon makes a small incision in the affected joint. Through this incision, a surgeon inserts a camera and fiber optic light, which allows him or her to examine the inside of the joint. The camera image is then projected onto a screen within the operating room, allowing the surgeon to have a real-time view of the procedure area.

While arthroscopy is not a new procedure (the first arthroscopic procedure was done in 1918), the procedure has become more technologically advanced with time, allowing patients a faster recovery.

Next, learn about graft choices.