What to Know When Considering ACL Reconstruction


An ACL tear cannot be repaired by simply using a suture to mend it back together. Repaired ACLs tend to fail over time. A torn ACL is best repaired by being replaced by a graft made of a substitute tendon. Learning the advantages and disadvantages of each treatment type can help you to make an informed decision about your specific ACL injury treatment needs.

The grafts commonly used to replace the ACL include:

When to Consider ACL Reconstruction 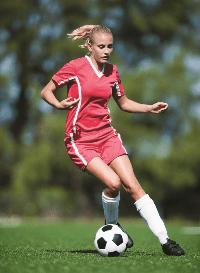 The goals of ACL reconstruction surgery is to prevent instability in the knee and to restore the complete function of the torn ligament, creating a newly stable knee. This allows the patient to return to sports and normal daily activities without limitations.

Active adult patients involved in sports or jobs that require pivoting or turning are often encouraged to undergo surgical treatment to restore full function to the knee. Activity level is a strong consideration when it comes to the course of action in ACL reconstruction.

In young children or adolescents with ACL tears, early ACL reconstruction creates a possible risk of growth plate injury, leading to issues with the growth of the bones. A surgeon can delay ACL surgery until the child is more mature, or he or she may use a different ACL surgical method to repair the torn ACL.

It is common to see ACL injuries combined with damage to other parts of the knee. In cases of combined injuries, surgical treatment may be a good option, as it produces better results in the long term.

Often recommended for high-demand athletes and patients who have jobs that are high in physical demand, a patellar tendon autograft is when the middle third of the patellar tendon is removed from the patient, along with a bone plug from the shin. Though this type of graft has allows for better outcomes in knee laxity tests it can cause some pain behind the kneecap as well as pain with kneeling and stiffness.

The tendon on the inner side of the knee is used to create the hamstring tendon autograft for ACL reconstruction. This procedure creates a two or four strand tendon graft. There are fewer risks in the graft harvesting process using this procedure. The benefits include less stiffness, a smaller incision, and a faster recovery time. However, because of postoperative risks associated with this procedure, some doctors may still recommend another type of graft for your ACL reconstruction.

The quadriceps tendon autograft is often used for patients who have had an unsuccessful ACL reconstruction. The middle third of the patient’s quadriceps tendon and a bone plug from the upper end of the knee cap are used in this type of graft. This gives a larger graft for those patients who are taller and heavier. Because there is a bone plug on one side only, the attachment of the graft is not as solid as the patellar tendon graft. There is a chance of knee pain and a risk of fracture to the patella with this procedure. The incision is also fairly large.

Allografts are grafts taken from cadavers and are being more widely used. These grafts are used for patients who have had unsuccessful ACL reconstruction before. They can also be used to repair or reconstruct more than one knee ligament. The advantages of using allograft tissue include less pain, decreased surgery time, and a smaller surgical incision. Allografts do carry some risks, including a higher risk of infection and increased stretching of the ligament once it’s in place.

Before surgery, patients are usually sent to physical therapy for ACL rehabilitation. It is recommended that patients return to having a full range of motion in the knee before having surgery to increase surgical success rates. This also gives the ligament time to heal before surgery. This process typically takes 2-3 weeks.

A final examination is done of the knee prior to surgery while the patient is under anesthesia and the knee is relaxed. This is used as a second verification that the ACL is torn and no other damage has occurred.

The graft will then be prepared using either an allograft or an autograft, described above. You and your surgeon will make the best choice for your ACL tear case.