SPRINGING BACK AFTER ACHILLES TENDON REPAIR

Just last month, Clippers guard Chauncey Billups found himself sidelined due to yet another ankle injury. In February of last year, Billups tore his Achilles tendon, requiring surgical repair followed by ten months of rehabilitation before returning to the court. The frequency of Achilles tendon ruptures (complete tears) in professional athletes mirrors that of weekend warriors and may result in significant long term disability. Statistics show that only two-thirds of National Football League players ever come back after an Achilles tendon injury, and those who do, find their performance significantly affected. Why is this injury so difficult to recover from? 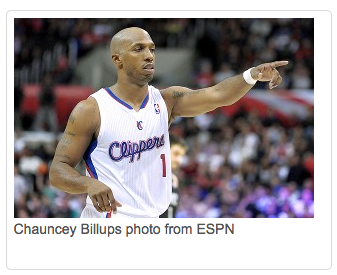 The Achilles tendon is the thickest and strongest tendon in the human body. Significant stress is placed on this tendon with every step during running and jumping, and such stress is increased with eccentric contractions experienced during landing or rapidly changing directions. During such a sudden burst of activity, the tendon may rupture resulting in a sudden pop followed by pain and swelling just above the heel. Patients often describe hearing and feeling the “pop,” and turn around wonder who hit them in the back of the ankle.

Achilles tendon ruptures are most common among male recreational athletes in their 30s and 40s, though this injury also occurs in professional athletes of all ages. Nearly 75% of ruptures are associated with athletic activities or racquet and ball sports. Following a rupture, the ankle is typically immobilized in a boot to facilitate walking and minimize pain until most of the swelling goes down. Once the diagnosis is confirmed by physical examination (sometimes including MRI or ultrasound), the injured athletes chooses between surgical repair or non-surgical treatment in a cast. Independent of treatment, an Achilles maybe a career ending (or career altering) injury, though surgical intervention has been shown to maximize performance and minimize the risk of repeat rupture.

Many athletes who sustain this type of injury, find themselves fighting complications including:

Returning to sports or work after an Achilles tendon rupture often depends upon choices made by the surgeon and patient. Traditionally, patients have been treated post-operatively with a prolonged period of non-weight-bearing activity, ranging from 6 to 8 or more weeks. However, total recovery time can range from 6 to 12 months. Recently more aggressive rehab protocols have instituted earlier weight-bearing and range of motion. However, returning to sports and stressing the repair too early may result in recurrent injury or poor performance. Thus even with highly paid professional athletes like Billups physicians and trainers often recommend waiting 6-12 months before returning to high-level sports or physical labor.

Achilles tendon ruptures can have dramatic career implications for the athlete. Surgical repair is only the first step in the recovery, and the ultimate return to function depends on many variables.

To Speak With An Orthopedic Surgeon

Dr. Eric Millstein, a Beverly Hills board certified orthopedic surgeon, is a leading expert in advanced arthroscopic techniques and treats various sports-related injuries. To learn more about Achilles tendon repair or to Schedule An Appointment, contact Dr. Millstein at (310) 595-1030.