The American Orthopedic Society for Sports Medicine estimates there are about 150,000 ACL injuries in the U.S. every year, and it often affects soccer players because of the jumping and quick changes in direction that comes with playing the sport. Thankfully, a new study, spearheaded by Dr. Robert Brophy from the Washington University School of Medicine in St. Louis, recently revealed that most soccer players are able to return to the field after surgery to repair torn knee ligaments. 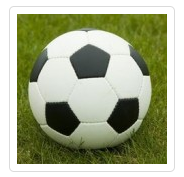 For the study, Brophy and his colleagues interviewed 100 soccer players who had undergone surgery to repair a torn ACL in 2002 or 2003. At the time of surgery, those athletes ranged in age from 11 to 53 years, and included high school and college players as well as recreational athletes. Forty-five of the athletes were female. After surgery, 72 of the athletes returned to playing soccer, usually after a year or so, with most reaching their pre-injury level of play. That included 42 male athletes and 30 female athletes who said they had gone back to the sport. The study shows that you can get back to a sport like soccer after an ACL reconstructive surgery. This is especially true for younger athletes, according to the researchers.

However, it is important for athletes who have had an ACL tear to remember that they are going to be at risk for future injury. The study did, however, bring positive and encouraging news for injured soccer players around the globe. According to the researchers, females and older players were less likely than younger men and boys to fully recover. Out of 100 athletes who had reconstructive surgery on their ACL, 12 of the athletes had undergone a second ACL surgery on the same or opposite knee within seven years.

Seven years after surgery, 36 out of the 100 initial athletes were still playing soccer, the researchers reported in The American Journal of Sports Medicine. By then, nine female athletes and three males reported having had another ACL surgery.

The ACL (anterior cruciate ligament) provides support for lateral movements and quick bursts of speed, and is one of the most commonly injured ligaments of the knee. The risk of an ACL injury is higher in people who participate in high-risk/high-speed sports like football, soccer, basketball, rugby, and skiing. Seventy percent of ACL injuries occur through non-contact mechanisms such as pivoting, sidestepping maneuvers or awkward landings where the individual is not in control. The other 30% of ACL injuries occur from direct impact, such as a forceful tackle on the outer side of the knee.

While fully recovering from an ACL injury can be difficult, know that it is possible if you turn to a qualified and experienced orthopedic surgeon, like Dr. Millstein, and commit to post-surgical rehabilitation.

If you have suffered an ACL injury, schedule a consultation with Beverly Hills knee expert Dr. Millstein by calling (310) 595-1030 today!